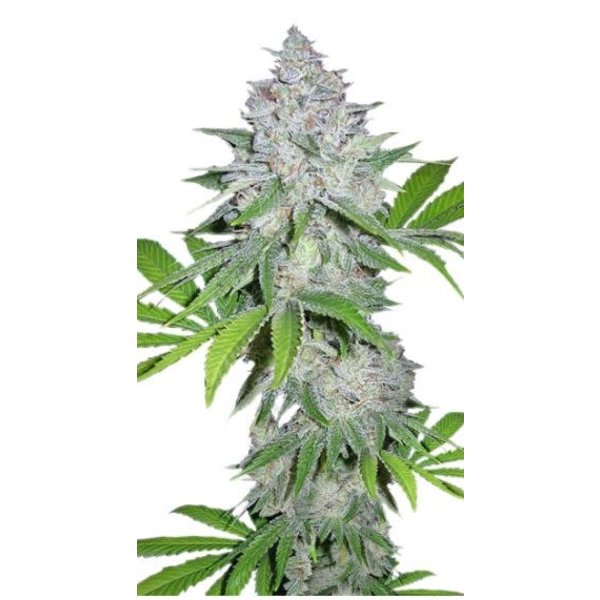 Californian Snow Auto-flowering is a new take on autos being a cross of an American Old School Hot California strain together with a Canadian Ruderalis plant. It is an indica x sativa cross that tends more to the sativa side with most pheno-types.

Californian Snow grows to reach a height of between 80 - 130 cm. the upper limit being quite tall for an auto. It grows well indoors and outdoors; indoor plants will be ready to harvest in just 8 weeks from germination with yields being a very respectable 400 - 550 gr/m2 indoors or between 50 - 250 gr/plant when grown outdoors. During fowring plants start to exude very marked citrus and lime aromas that carbon-filtration is strongly recommended. The buds have such a pronounced covering of white crystals that resemble snow-capped mountains that it inspired the name.

The flavour is very sweet and has been compared with a nice piece of cake or even apple pie with sour cream. Sweet citrus notes remind one of lime with a certain bitterness to the after-taste. THC is high at 19% with 1% CBD. FastBuds liken the effect of Californian Snow to a downhill ride on a snow-board. It has an immediate physical effect which takes you at full throttle on an amazing ride that lasts just half an hour before coming back down to earth yet without a bump.