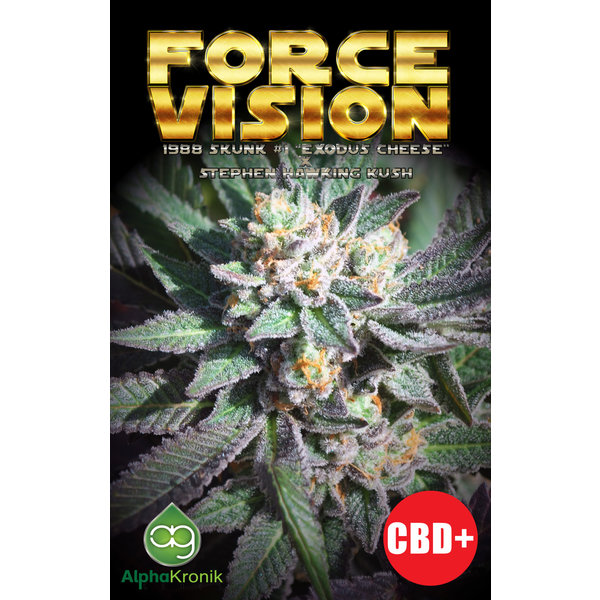 The Force Series by Alphakronik Genes was designed to promote healing with a clear mind. 12 hybrids were created for testing originally, 5 of which Alphakronik Genes found unique and worthy of warranting a release, and chose to name them after the Light Side of the Force, which was used to heal and preserve life. All 5 featured traits unique to mom along with some extra CBD from the Stephen Hawking Kush chosen to sire the series.

After extensive testing, Alphakronik Genetics is now proud to finally release the latest in the Force Series – Force Vision! By combining the flavor profile of the 1988 Skunk #1 “Cheese” clone with the superbly medicinal effects of the Stephen Hawking Kush, AKG created a plant that pleases both the palette and the mind. Sweet Berry aromas make this a crowd-pleaser, with the significant CBD content making it good for daytime use and those times when relief is needed but without being completely stoned.