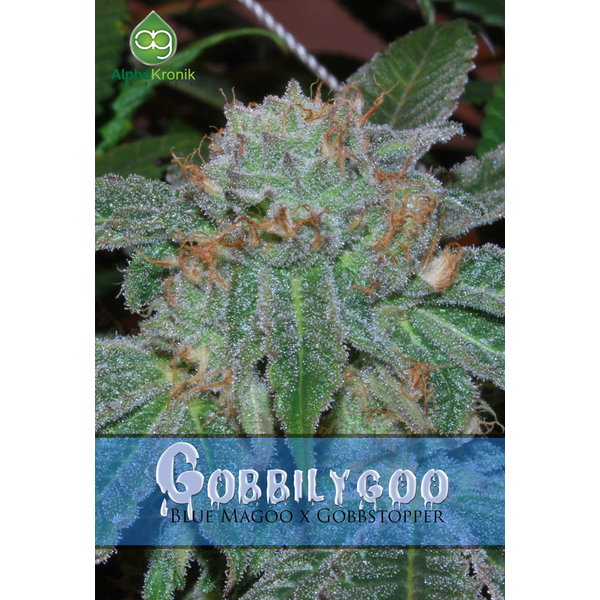 Gobbilygoo is a hybrid by Alphakronik Genes that was created based upon requests from AKG's best test growers. They assumed, correctly, that the two lines would create something special. The result brings the best of the parents into one hybrid that features sweet, blueberry and grape flavors, tons of trichome coverage, in a large yielding plant. It has shown resistance to powdery mildew and flowers quickly, making it an idea candidate for outdoor grows here in the Pacific Northwest, where it was bred. Staking and tying the branches of this plant is highly recommended as it does gain considerable weight in its colas. The effect from this plant starts directly behind the eyes and moves throughout the body, releasing tension and encouraging relaxation. Gobbilygoo has been tested and has been shown to work well for the treatment of side effects from: Pain, Insomnia, Nausea, Loss of Appetite, Migraines, and Glaucoma.