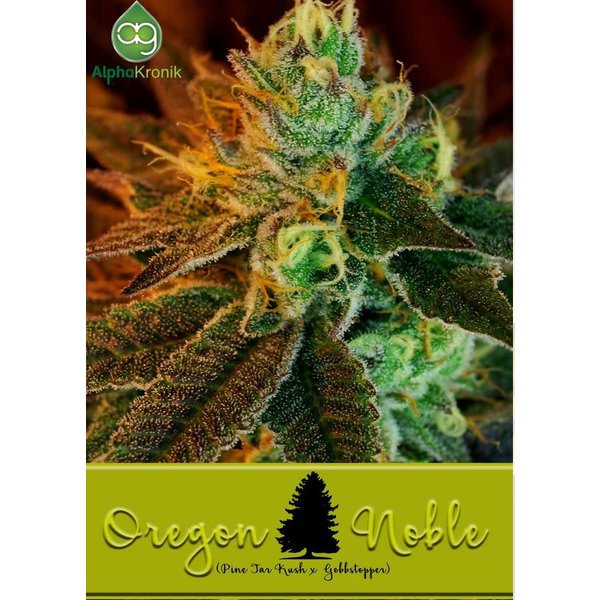 "The PNW Series entry, Oregon Noble is named after the indigenous conifer found in Oregon that is the most popular tree farmed for Christmas Trees. Much like its namesake, Oregon Noble carries a thick pine aroma and taste, as well as is extremely sticky due to layer upon layer of dense, bulbous trichomes. Due to its heavy Indica dominance, Oregon Noble stays squat and fat, with chubby fan leaves that protect the flowers from harsh conditions and hot sun when grown outdoors. This is a fast finishing, medium yielding plant that can produce crops quickly outdoors for those who might have a shortened flowering season."-