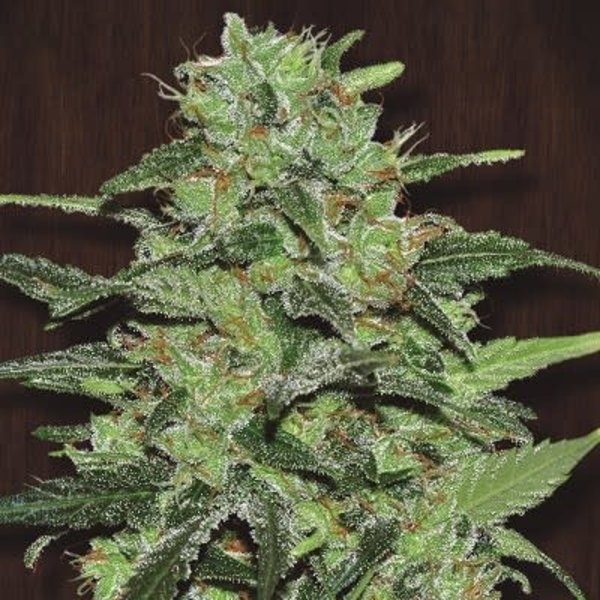 Bouquet - Strong, concentrated aroma of oil, wood and lemon. Some plants stand out for having more refined sweet carrot and ripe mandarine aromas.

High - Extraordinarily powerful, intense and psychedelic, with more than 4 hours of duration. Only recommended for hard and experienced users.

Growing Tips - It can be grown indoors with strong light intensity and with enough space for its development.
We recommend to switch her into flowering after 15 days from seed, or starting from clones rooted for at least 7 days.

Very suitable for SOG crops due to its great yield in the main cola, or for SCROG, horizontal or network growing due to its excellent yield in the lateral branches and its vigorous reaction to pruning.

Outdoors, it is especially suitable for outdoor cultivation in tropical or subtropical climates, although it can be cultivated with very good results in warm coastal climates of mild autumn (similar to the Mediterranean) up to latitudes close to 43º.

Genetic analyses show that our Malawi has an extremely rare and unique genotype, of moderate genetic variability, only showing kinship with other genetic samples from the same Malawi family and with the hybrid Malawi x PCK which was developed with this Malawi strain. One of the best pure sativas available to develop extremely powerful, resinous and high yielding hybrids.

We recommend moderate nutrients levels during the growing stage (slightly low of nitrogen) and moderate-high for the flowering stage.
After years of hard work and intense selections with sativas from all around the world, we can confirm that Malawi is the most powerful and psychedelic landrace sativa we know of.

Its dense flowers of enormous trichomes compete with the most powerful sativa/indica and indica hybrids on the market in reference to their size and cannabinoids concentration.

The potency of its flowers is simply devastating, and it is especially recommended for experienced users that seek extreme sativa effects without renounce to an abundant harvest.

DO NOT mix it with alcohol and DO NOT use any dangerous machinery under its effect.