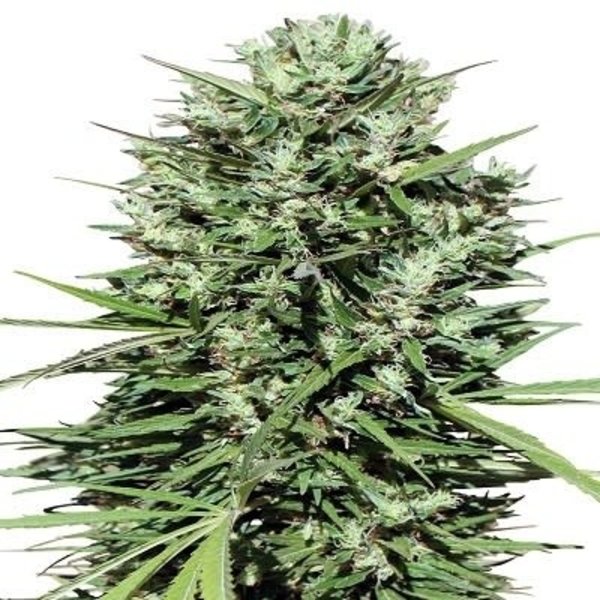 Structure - It begins with wider leaves in its first stages of life, later developing as a small/medium sized pure sativa with thin leaves.

Growing Tips - Especially recommended for outdoor growing in hot and dry climates due to its excellent adaptability to heat and drought in its place of origin. Outdoors and due to its semi-autoflowering tendencies, it is recommended to start them in large pots to maximize their growth before the flowering stage, and to increase the ratio of females.

Landrace strain that has not yet been fully adapted to the stable photoperiods and artificial lamps of indoor growing, and although it can be easily grown indoors, it is recommended not to water or feed her excessively.

We recommend soft/moderate levels of nutrients for the whole cycle.
Traditional hash plant from the Rif area near to Ketama and Chefchaouen, famous for producing kif (the traditional blend of cannabis flowers with tobacco) and the famous Moroccan blond hash.

This pure Moroccan strain is one of the fastest psychoactive sativa landraces on the planet, due to its semi autoflowering traits and its very short flowering time. Traditionally, this strain is sown at the beginning of spring, starting to bloom in June, and being harvested as early as August, when it begins to be processed and beaten by hand to produce the traditional Moroccan hashish, which varies in quality depending on the size of the sieve and the amount of time the flowers are beaten.

Moroccan plants are small/medium sized. They start with fairly wide leaves, but when they reach their sexual maturity and flowering they develop as a pure sativa with foxtail floral structures, quickly accumulating to form good sized buds. There are 2 main phenotypes according to their structure. The most common phenotype grows very columnar and tall, with the second phenotype being smaller, shorter and more branched.

This variety is grown at a very high plant density in its native land, with very little fertilizer and water, which means it has developed excellent resistance against heat and drought, performing perfectly with little care and low levels of nutrients, which makes it an ideal strain for outdoor guerrilla growing in hot and dry climates.

Morocco is the largest hashish producer in the world, with its renowned hashish being the most exported, especially to Europe. Unfortunately, since the beginning of the 21st century, a massive introduction of foreign indoor genetics from Europe and North America has taken place in Morocco, in order to increase the hashish production and potency.

While this has been achieved on certain farms where these foreign genetics are cultivated with more care, the genetic contamination has also meant that Moroccan hashish has gradually lost its characteristic psychoactivity and distinctive 'golden' and mellow terpenes, which made Moroccan hashish a world reference in the cannabis scene of the 20th century.

Certain Moroccan growers have now realized that these new foreign genetics require much more care, water and fertilizers, are harvested much later than traditional Moroccan strains, and do not have the same resistance against heat and outdoor pests. The old Moroccan strains are still the most suitable for growing in large remote plots with poor irrigation resources that cannot be tended with as much care.

For this reason, a group of old school Moroccan growers have offered us ancient heirloom Moroccan seeds for their reproduction and preservation, before the unstoppable genetic contamination completely wipes out the old Moroccan strains in their original state.

As a result of this preservation work, ACE Seeds offers you this mythical hash plant in its purest original form.