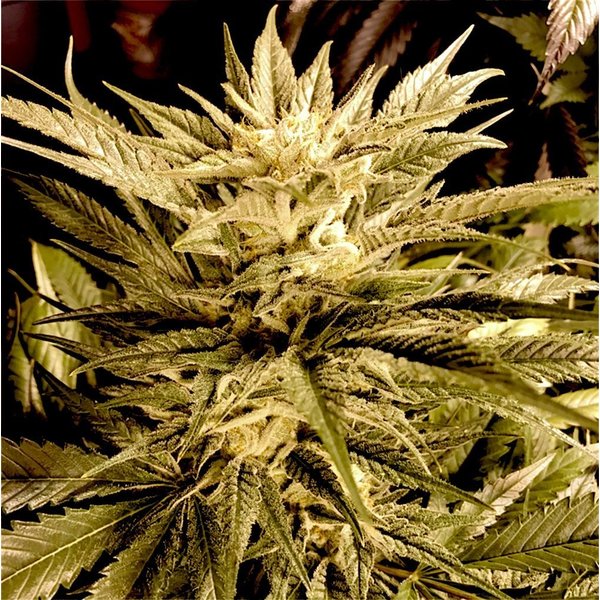 This seven week, very potent sativa was originally discovered in Oregon. Like Gorilla Glue #4, OG Kush, Sour Diesel and many other legends, Cinex was the result of an accidental pollination. This clone-only strain was created when a resinous female from unknown origin hermied and pollinated a rare Cinderella 99. The resulting legendary cross was discovered. It was originally called Cin-X because it was Cinderella 99 crossed with an unknown but eventually was renamed by other growers to Cinex. It was incorrectly speculated by many that it was a cross between Cinderella and Vortex; probably because of its unique cheesy funk. Cinex creates a unique focused, energetic high like no other while maintaining a relaxed state of mind. It is a favorite for social situations as it can make people happy and talkative. Cinex is a forgiving plant to grow, has excellent tolerance to pests and mold and is a consistently good yielder. Because of its bud structure, it is quick and easy to trim. It has a unique lemon smell, super sticky, dense round flowers and tons of crystals. This is a memorable strain that every grower should try at least once and always gets high points by anyone reviewing this awesome strain.