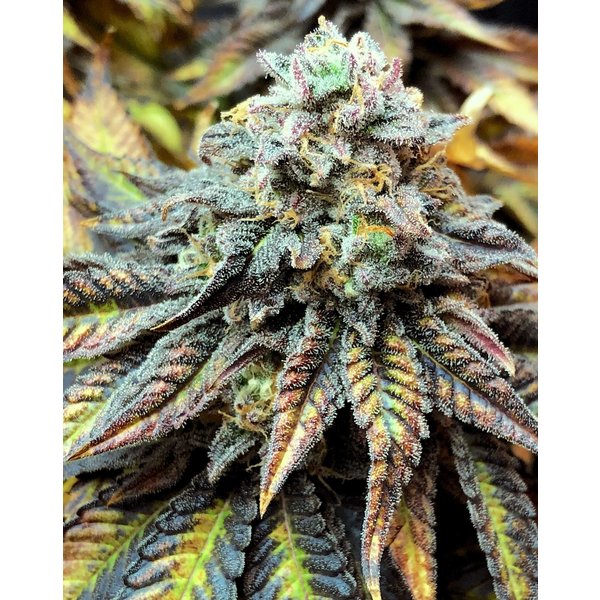 Harlequin has gained a following as a high CBD strain since it was discovered. CBD has proven to be an effective treatment for PTSD, chronic pain, arthritis, multiple sclerosis, sleep disorders, fibromyalgia, anxiety, etc. CBD counteracts THC’s paranoia while amplifying its painkilling properties.

These feminized seeds are made from two Harlequin females. The benefit of feminized seeds in CBD strains is that phenotype expression can sometimes be more predicable in the offspring, producing a more consistent CBD to THC ratio.

Flavors range from earthy musk to sweet mango but what makes Harlequin so popular is its ability to relax without sedation and to relieve without intoxication.

After harvesting seeds from the plant, we had the strain tested by a nearby lab. Generally, plants that have produced seeds tend to test lower in Cannabinoids than unpollinated females but these tests still came in on the high end of other Harlequin tests throughout the country.