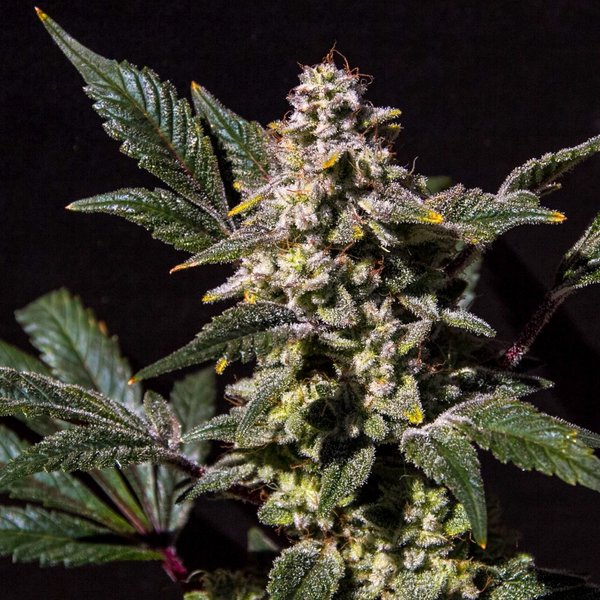 "I believe Lemon Snow Cone is the loudest, lemoniest, lemon strain in seed form in existence. The super lemon haze male I used came from genetics gifted from a private breeder that had worked it since Super Lemon Haze first came out. It was hands down the best Super Lemon Haze I have ever encountered. Ridiculously potent and delicious loud buttery lemon terpenes. Super Lemon Haze is only one of two strains to win back to back High Times Cannabis cups. It has racked up a long list of awards and is listed by High Times as one of the greatest strains of all time. Lemon Tree is a tightly held elite cut from California that is to lemon terpenes what Tangie is to orange terpenes. It smells and tastes like a freshly cut lemon. Lemon Tree has also won numerous awards and is prized for its lemony terpene content. Super Lemon Haze brought some potency and stability to the cross. Because Super Lemon Haze has its own loud lemon terpene profile, none of the lemon zest of the Lemon Tree was diluted.Growers Note: These seeds are a limited release of F1s. Because they are first-generation, they had a lot of hybrid vigor but expressed varying phenotypes that ranged widely from Super Lemon Haze dominant to Lemon Tree dominant."-Elev8