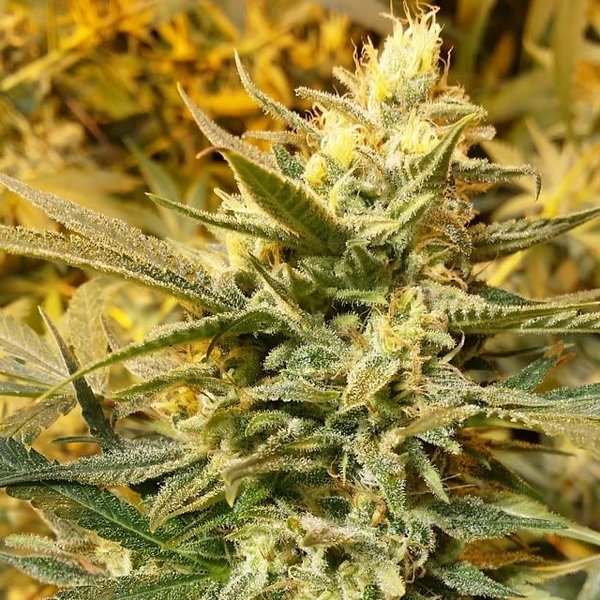 The original Cheese was discovered in the UK as an unusual and unique pheno from a package of Skunk #1 seeds. It is as popular in Europe as OG Kush is in America. As a balanced hybrid, it is considered by many a perfect balance of body and mind effects - couch lock with an uplifting euphoria. The smell/taste has been described as fruity berries combined with skunky cheese. The cheese taste is most noticeable as it lingers between hits. Because the original Cheese was a clone only strain, no male had existed. Attempts by breeders to backcross lost some of the cheese traits making it less desirable than the original clone only. We had obtained our original clone only Exodus cut from a grower in Manchester England. We then located a cheese male from a breeder that had backcrossed it so many times, that it had retained most, if not all of the cheese traits. We used that male to start the backcrossing process with our original clone only UK Cheese female to ensure it is as close to the original as possible."-Elev8