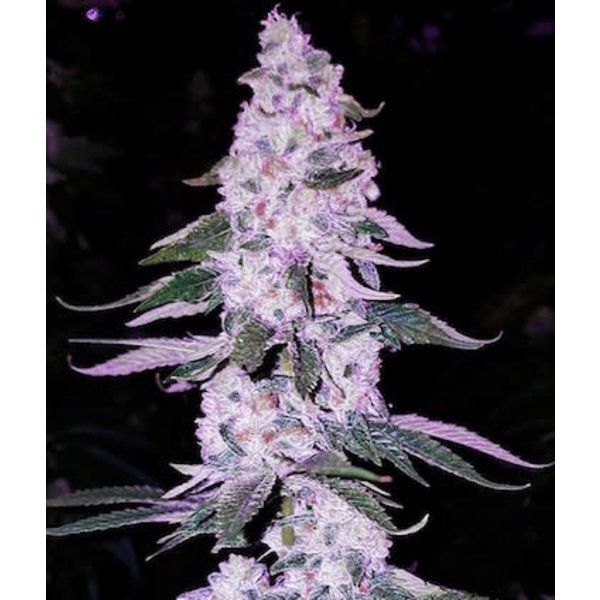 This combination of the fast flowering and compact Ethos Kush IBL #13 with the OG Eddy Lepp/Zkittlez combo from Dying Breed Seeds is an absolute must for any OG Kush/Afghan Kush enthusiast.
The 1970s Afghan Kush keeps the plant stacked and big while the OGs in her lineage give her more vigor, internode stretch and legendary effects. The Rozé adds a great, subtle undertone of both flavor and distinctive characteristics expressed in her flowering leaves.
Some defoliation in flowering is expected; she's aggressive and big but still stacked and compact.
Fat-headed trichomes cover a significant portion of the plant's leaves making extraction efficient and bountiful.
Larger and more potent than the Hashplant I grew in the early 90s, she still reminds me more of that variety than anything we've come across. That hashy flavor that the Afghan Kush brings is unmistakable and the extracts taste like "Old Chocolate Bar Afghani Hash."