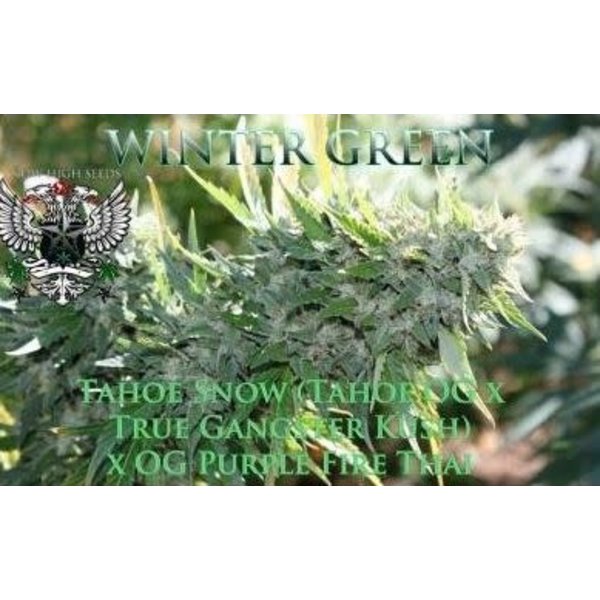 Tahoe Snow is a combination of an original Tahoe OG Kush cutting pollinated with Snow Highs True Gangster Kush males. The True Gangster Kush is a combination of modern day OG Kush combined with 2 different Pakistani Kush lines. The work for this strain was done to produce males for a selection process with some of the best OG Kush and OG Kush hybrids in the world. I started off with over 50 plants and finally selected them down to 2 males and 4 females after growing them out the long way to evaluate their traits and expressions. The 2 True Gangster Kush males have been used in upcoming work but this line was made for those interested in OG Kush genetics that have real Pakistani Kush in them which hasn’t been made by reversing sex of female plants. This line will be limited with the intention of the final product having all the traits that people come to love from OG Kush but without the pitfalls of poor rooting, poor yields and sensitivity issues. Tahoe Snow is a very vigorous OG Kush/Pakistani x Modern OG Kush hybrid strain which has good branching, fast maturation, potent compact resinous floral clusters that yield heavier than most OG Kush lines.
Winter Green is the combination of the Tahoe Snow #5 selection with 2 select OG Purple Fire Thai males. The OG Purple Fire Thai line is extremely sticky, highly resinous, very well branched, highly aromatic and forms large root masses that equate to very large yields indoors or outdoors. The NorCal Fire OG was a commercial OG Kush line sourced from Northern Mendocino County from friends growing her for many years and is a heavy producer of stinky potent OG Kush flowers. The Purple Thai is a combination of Purple Afghan x South East Asian Thai Stick that pollinated a very commercial high end version of a Neville’s Haze F3 that finishes quickly and forms long heavily resinous spears of top grade cannabis.