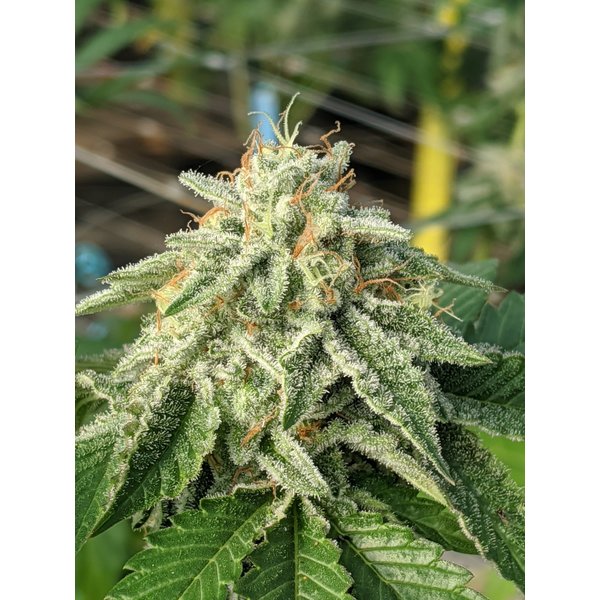 Straight from “The Refinery” at Twenty20, this strain was developed for all of you gas
lovers out there! The complex terpene profile can only be explained as a melange of
pungent spices directly from the kitchen cabinet; most notably anise, cloves, cinnamon,
and nutmeg. This is one of those rare situations where bag appeal, yield, fragrance, and
potency all join together in a force to be reckoned with.

From the Breeder:
Immediately after our first experiments with Biscotti we knew we had the perfect match in
mind for her. Biscotti scores a home run in the terpene category but proved to be lacking in
potency, bag appeal, and yield. We also found her to be lacking viability in commercial
greenhouse cultivation. We experimented by crossing the Biscotti with one of our chosen
males of The Whip!. The results were mind-boggling. Super uniform phenotypes with thick
oozing trichomes, and nauseating gaseous aromas that fill every corner of the house. The
phenotypic variation on this strain is about as low as we have ever seen before.

From the Grower:
‘A uniform, robust, fast-flowering version of Biscotti’ is the best way to explain this strain.
Compared to the Biscotti, The Spice! ripens slightly quicker by a week or two, yields one and
a half times more, and is far more resistant to mold and fungal pathogens. Expect an
average amount of stretch and an average amount of required trellising. This strain has
proven to do great in greenhouses and indoor and is currently undergoing full term
outdoor tests for the 2020 season.