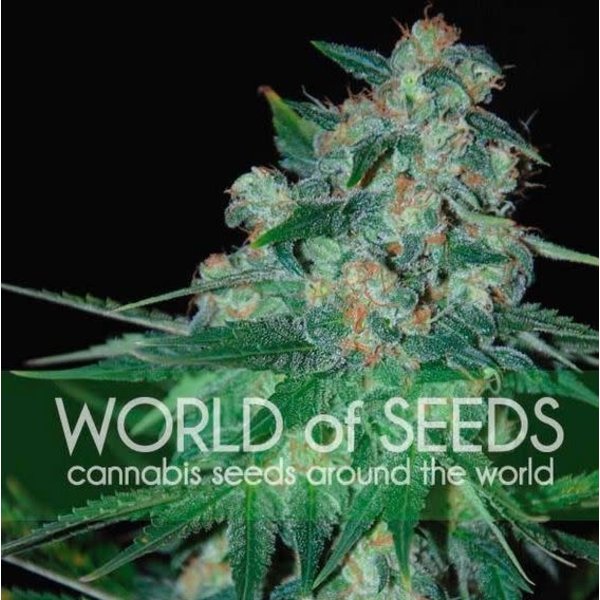 "Originally from Northern Morocco, she’s been acclimatized to European latitudes since the 90s and thrives in barren, rocky soil and arid, dry conditions. Requires little water and nutrients to produce large, resinous buds which give off the unmistakable aroma of the best Moroccan hash. An indica from Ketama, where the majority of cannabis used in the production of kief or hash is grown, she flowers early, producing excellent resin yields. She was chosen from a huge collection of seeds we brought back from the Rif region of Morocco. Highly resistant to plagues and pests, this strain is widely used by Moroccans to produce one of the world’s best hashes."-World of Seeds